Since the beginning of time, man has desired power greater than he possesses alone, power greater still than that of his enemies, and - perhaps for some - power far surpassing that of his neighbor. To this end, the practice of magic is long and storied. Many practitioners kept their arts a secret and their knowledge is lost. Some published grimoires to spread their wisdom (or from a more cynical point of view, to make a quick buck) and because of their generosity (or greed) we are able to examine the magical practices of old. What can be found is surprising not in its grandeur and mystery, but in oddity and sometimes downright silliness.

Note: In this post, I will often use gendered language as the sources tend to assume (or require) a practicioner of a certain gender, typically male.

Thievery was a common issue in the ancient world, and the crime was comparatively more severe in both impact to the victim and punishment of the perpetrator than in today’s world. Generally speaking if a thief steals your wallet or purse it is a major inconvenience, but nothing more than an inconvenience. The majority of your money is immaterial, ID’s can be replaced, and precious family photos on your phone are likely automatically backed up. In the year 1200, if a thief steals your loaf of bread, you may lose your only supply of food for a few days. If a material good is stolen, the lack of mass production means that you have just suffered a huge financial blow in finding a replacement. It should come as no surprise, then, that many spells and rituals listed on old grimoires are designed to find out thieves.

In The Key of Solomon, the first experiment given - that is not for the summoning of spirits - is chapter 9 of book one: Of the Experiment Concermimg Things Stolen, and How It Should Be Performed. After some incredibly elaborate purification rituals, confessions to God, and several prayers, a procedure is described by which the thief’s image will appear in a basin of water. The practitioner then uses his Magical Sword of Art to cut a sign into the surface of the water, which will appear in the flesh of the thief’s face, thus allowing him to be found in a crowd.

The Galdrabók, an Icelandic grimoire of 47 spells, contains 6 spells for finding thieves. Unfortunately, the Galdrabók is not so verbose as the Key of Solomon, so the actual mechanism by which the spells are purported to work is left for the reader to discover for himself.

Carve these on a man’s leg bone and then he will come and spit out whosoever stole from you:

Carve these on an oak twig and lay it under the turf over a grave and let it lie there:

What is one to do once the twig has been lain on the grave? How long must one wait? Are these staves carved on the leg bone of a living man or a dead one? As these questions are never answered, the natural (cynical) conclusion is that the writer of the Galdrabók is being deliberately vague so that when his spells don’t work, would-be mages assume the fault must be their own, and not the author’s.

Interestingly, Pow-Wows; or, Long Lost Friend contains 6 spells directed at known thieves, but none about finding an unknown thief. Several even assume that the thief is immediately before the spellcaster, such as the following incantation:

ANOTHER WAY TO STILL-BIND THIEVES.

Ye thieves, I conjure you, to be obedient like Jesus Christ, who obeyed his Heavenly Father unto the cross, and to stand without moving out of my sight, in the name of the Trinity. I command you by the power of God and the incarnation of Jesus Christ, not to move out of my sight, + + + like Jesus Christ was standing on Jordan’s stormy banks to be baptized by John. And furthermore, I conjure you, horse and rider, to stand still and not to move out of my sight, like Jesus Christ did stand when he was about to be nailed to the cross to release the fathers of the church from the bonds of hell. Ye thieves, I bind you with the same bonds with which Jesus our Lord has bound hell; and thus ye shall be bound; + + + and the same words that bind you shall also release you.

Next time you catch a thief in the act. Please tell them to stand still and listen attentively while you read that spell verbatim. Send me an email about how it works for you.

Another widely desired power of both playgrounds and old kingdoms alike is the ability to go unseen. To this end, there are numerous spells and talismans used to bestow invisibility upon the magician. 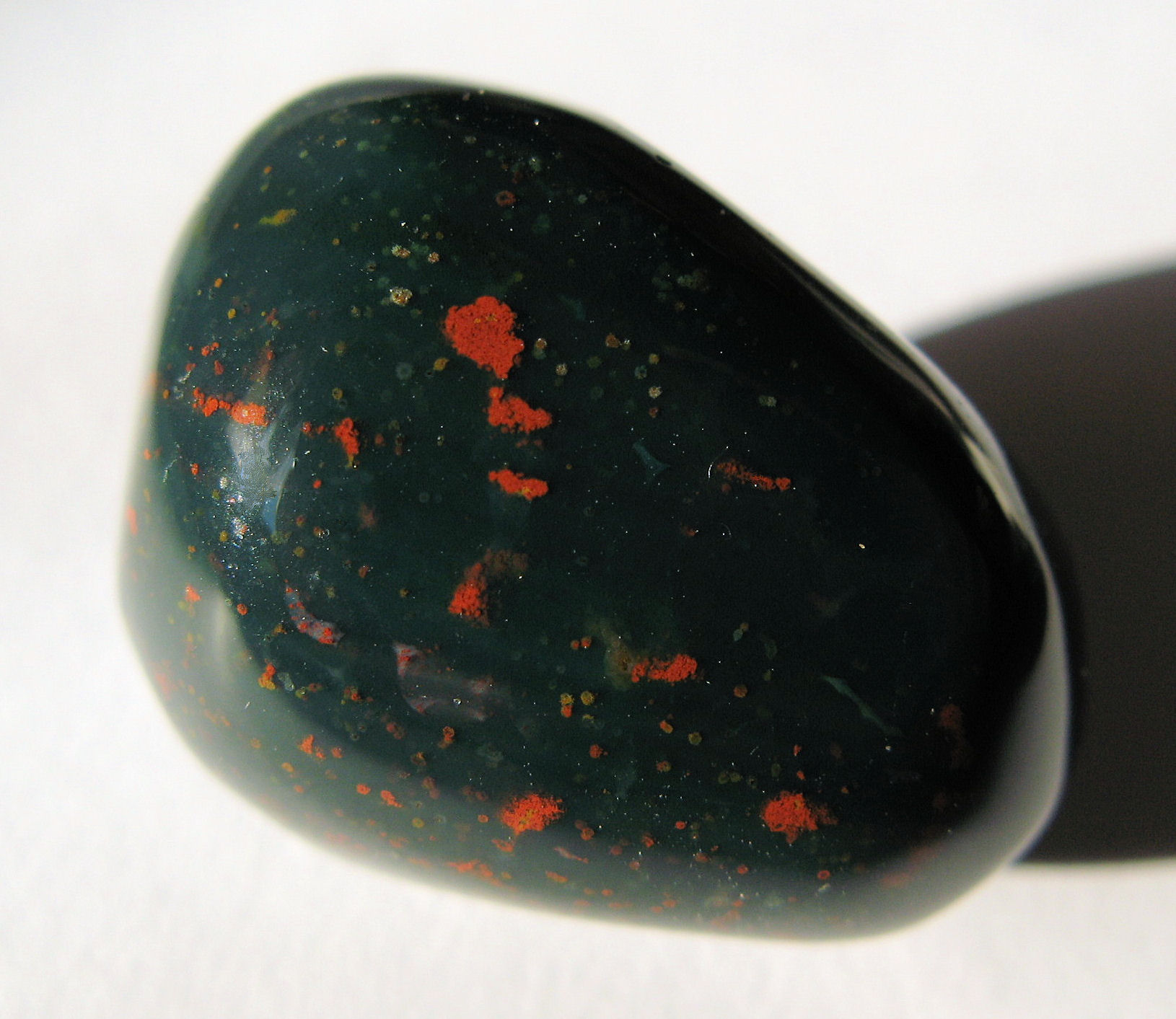 Agrippa notes in his Three Books Concerning Occult Philosophy that heliotrope (sometimes called bloodstone - a type of chalcedony) makes the wearer invisible. He further speaks of the King of Lydia, who owns a ring that when turned makes him unseen by all, yet all-seeing. How the ring was made, or of what material is not specified.

The Galdrabók includes instructions on producing a helm of hiding which seem incredibly simple for such a great power. Seeming “too good to be true” I researched the topic further to find that the helm of hiding is an artifact that grants invisibility.

47. How one can get the helm of hiding

If you want to make a helm of hiding, then get a hen’s egg, and pour blood from under your big toe on your left foot onto it. Then the egg goes back under the bird, and let it sit upon it. Afterward, take the chick and burn it on oak-wood. Then put the burned chick in a linen sack and wear it on your head.

As is typical, the Key of Solomon goes to much greater lengths to describe exactly the process of attaining invisibility. Beginning with a long list of conditionals (if you need to write something, write it this way with these materials; if you need to perform a special conjuration do it that way, otherwise proceed like so, etc) the instructions continue by specifying which spirits must be summoned. From this point, the instructions are specific to the point of absurdity (again, typical of Solomon). The operator must make a wax figurine of a man on a Saturday in January at either 7 hours after sunrise or 7 hours after sunset on Friday. At that time he must inscribe this symbol

onto the head of the wax figure. Next, the following must be written on the skin of a freshly killed frog or toad

Then, the wax figure must be hung by one of the operator’s hairs from the vault of a cave at midnight while burning temple incense under it. Then a prayer is to be said. then more temple incense is to be burned. Then it is to be buried in a small box beneath where it was suspended, and only then is it ready for use. It must be placed in the operator’s left pocket while saying the words “come unto me and never quit me whithersoever I shall go”.

The contrast between these two methods of invisibility are astounding. It would seem again from a cynical point of view that the Galdrabók leaves out information to protect the author, while Solomon includes so much and in so much detail that one could argue to the failed mage that he was not paying close enough attention. This is not to mention the three days of fasting, prayer and ritual necessary for any of the experiments in Solomon.

What the Galdrabók lacks in detail, it certainly makes up for in content. What follows, verbatim, may just be the most powerful magic known to man.

Write these staves on white calfskin with your own blood; take the blood from your thigh and say: I write you eight áss-runes, nine naudh-runes, thirteen thurs-runes—that will plague thy belly with bad shit and gas, and all of these will plague thy belly with great farting. May it loosen thee from thy place and burst thy guts; may thy farting never stop, neither day or night; thou wilt be as weak as the fiend Loki, who was bound by all the gods: in thy mightiest name Lord, God, Spirit, Shaper, Ódhinn, Thórr, Saviour, Frey, Freyja, Oper, Satan, Beelzebub, helpers, mighty God, warding with the companions of Oteos, Mors, Notke, Vitales.

While fart-runes seem silly at first, the curse implies some rather horrendous intestinal distress—some translations even say fart-runes cause bone-breaking pain. The curse is so serious, in fact, that “In 1656 Jon Jonsson, who was burned to death for sorcery along with his father, admitted carving such farting runes and sending them to a girl”. [1]

In a similar vein, we have a vomiting curse, branded as a harmless and amusing prank

27. To play a joke on someone, so that he cannot hold his food down the whole day long

Carve these staves into cheese or fish and have whoever you want to make fun of eat it, and whatever he eats that day will be of no use to him

Knowing Icelandic cuisine, it is surprising that the staves are needed at all. Being that this is meant as a prank, the Galdrabók kindly gives the antidote: warm milk with dried egg whites mixed in.

Perhaps the Galdrabók’s most cryptic and opaque “spell” is number 23, To be able to count up playng cards, which are face down

Your guess is as good as mine.